Based in the heart of Piedmont’s Langhe area, Prunotto’s rich history dates back to 1904, when the regional Cantina Sociale “Ai Vini delle Langhe” co-op was established. It was here that a young Alfredo Prunotto bore witness to this historical founding, with the notary Giacomo Oddero by his side. The co-op produced its first vintage the following year, though less than two decades later, economic crises brought on by the First World War caused serious financial distress.

In 1922, Alfredo Prunotto married his wife, Luigina. Together, the two followed their passion and took over the co-op, dedicating their lives to exporting high quality Barolo and Barbaresco across the globe. In 1956, Alfredo Prunotto chose to retire and left the company to his friend, Beppe Colla. It was ultimately Beppe who began taking notice of unique nuances within the greater Piedmont area. He sought out great vineyard sites across Barolo, Alba, and beyond, being the first winery to label Barolo Bussia as a single vineyard wine in 1961. In 1972, a new winery was constructed in Alba, where Prunotto’s main offices are still located today.

In 1989, Italy’s famed Antinori family became involved with Prunotto. After handling distribution for five years, the Antinoris took over production upon the Colla brothers’ retirement in 1994. Under their oversight, Alfredo Prunotto’s strict quality standards and attention to vinification have remained upheld. Currently, the property comprises 71 hectares of vines across Piedmont. Only top-quality fruit is brought into the cellar, and all wines are vinified with a terroir-focused identity.

In 1999, Prunotto constructed a new, temperature-controlled winery next to their historic offices, which is used exclusively for vinification and aging. For the production of Barolo, Barbaresco, and Nebbiolo, large-format Allier and Slavonian oak vessels are used, as the oenologist Gianluca Torrengo believes that these particular barrels allow each vineyard site to best show their character and identity. Additionally, many of the estate’s old cement vats have been replaced with stainless steel tanks, so as to preserve the grapes’ aromatic character.

Today, Prunotto wines represent the perfect balance between tradition and innovation. Their pioneering spirit, coupled with laborious efforts in the vineyard and the cellar, have made Prunotto a household name for lovers of elegant, cellar-worthy wines. In addition to winemaking, Prunotto also regularly partakes in research and development studies to expand their knowledge in both vineyard practices and vinification, ensuring that the estate is always at the forefront of modern day fine winemaking. 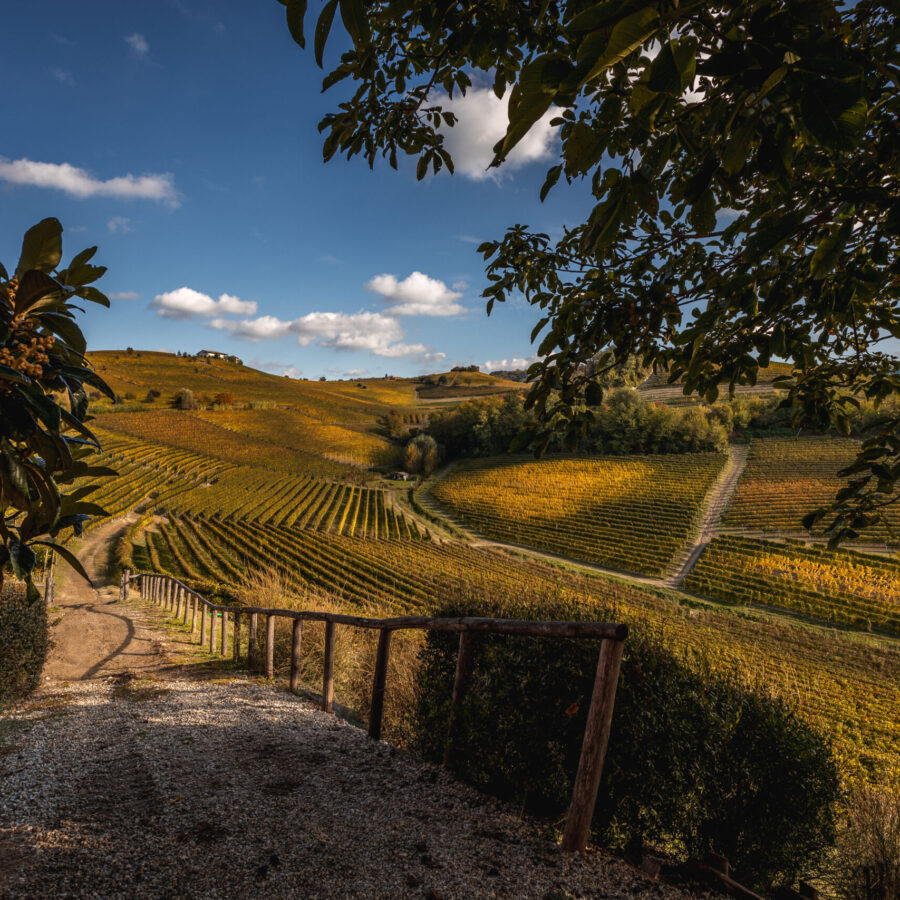