Lafite’s estate records first mentioned the area of “Batges” back in the 16th century, but the ancient hamlet of Bages has been home to generations of winemakers for centuries. In 1749, the property passed into the Lynch family for 75 years, and was later leased and purchased by Jean-Charles Cazes in the 1930s. His family has been running the estate ever since, with his grandson Jean-Michel taking the reins in 1973 until 2006 when he passed the torch to his son Jean-Charles.

Classified among the Fifth Growths in the 1855 Classification, Château Lynch-Bages stretches over 100 hectares in Pauillac, on some of the best hillcrests south and southwest of the city.

A brand-new eco-friendly winery has been designed in 2021 by Didi Pei, a famous Chinese architect. It moves all the juice and wine by gravity, reinstating a principle which had been used from the middle of the 1800s until 1975.

The wines of Lynch-Bages are primarily blended from Cabernet Sauvignon parcels, and while the style has been refined over the years, becoming more supple and soft, they are known for retaining their power and complexity – blossoming with more flavor and complexity with time and age. 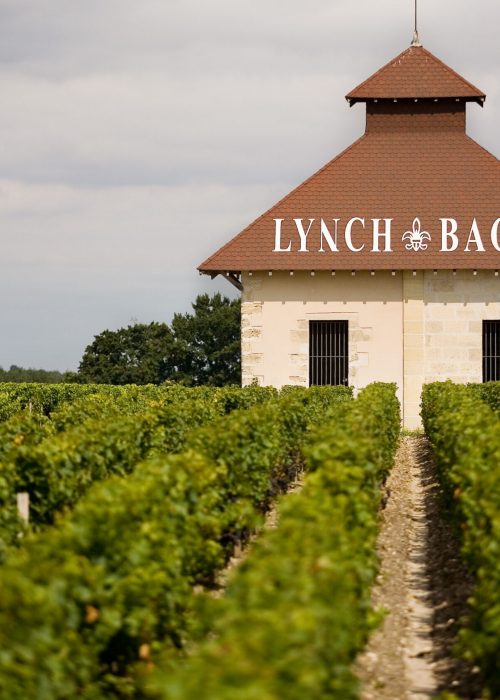